It is time to slide ride into your very own Curious George party. Just like Curious George and Huntley, you will be blown away by the thoughtful surprise set up by the Man in the Yellow Hat. With such a lovable, curious character…Curious George is just like so many adorable children and would be the best theme for a party. The event will be playful, delightful, and fun with these simple ideas and techniques, so have a fantastic time monkeying around at your Curious George themed party! 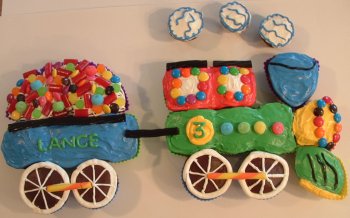