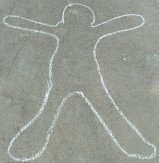 A Murder Mystery Party comes with its own entertainment. It is a great game to play at any age, any usually for any group of people. It can be played over the course of an evening of even a weekend depending on the game.

A Murder Mystery Party comes with its own entertainment. It is a great game to play at any age, any usually for any group of people. It can be played over the course of an evening of even a weekend depending on the game.

How To Host A Murder Mystery

The easiest way of hosting a Murder Mystery dinner party is by buying the board game. There a hundreds of different themes to choose from to best suit your needs, or the type of guests you will be hosting.

Purchase the game several weeks ahead of time, and open it up to read all or some of the information. This will help you pick your decorations, music and food, but most important will help you decide which of your guests will be each character. Try and match a character to best suit the guests personality. If you have more guests that characters, you can have doubles and partner people up. Have them dress up and come acting like that character.

Read as little or as much as want of the plot ahead of time if you want to know the who the murderer is. However, even if you do know dress up yourself and be part of the game.

Send out individual invitations with lots of notice and decorated them like the theme of your party. Include the persons character and how they should dress and act. Seal it with a finger print, or send out a wanted poster. Set the scene in order to create the suspense.

Decorate your house and be as creative as you can. Even the smallest detail can help intensify the mood. Dim the lights, or have candlesticks. For example is you are using the board game Clue as your theme, then designate and decorate the:
Conservatory
The Garden
Library
Kitchen
The Study
The Ballroom
The Billiard room
Play some theme related music. Place a police “Do Not Cross” ribbon around the outside of your house. Draw a chalk outline of where the person was murdered.

Be Ready To Play!

When the guests arrive have name tags ready and hand out the information booklets. Make sure guests don’t cheat and read more than they are suppose to. There are also games which include audio to play during certain times or events throughout so be sure to have a cd or tape player available. Don’t play the game all at once. The game is usually done in a booklet form setting the scene for each stage of the investigation. Divide up the scenes to last the evening, and only read one stage of the game at a time. Have guests reveal there character and some vital information during cocktails. Once they have disclosed that information, have them mingle to gain other valuable facts from the other characters. Reveal some more during snacks, and again a dinner and dessert.

The Conclusion of Your Murder Mystery Party

The conclusion will take place at the end of the evening where you can have your guest make a guess of who they think the murderer is by placing their guess in a sealed envelope. Reveal the true murderer and everyone’s answer and have prises and favours for all your guests.

Another fun idea is to plan a traveling Murder Mystery Party. This works best with neighbours, that way no one has to drive. Everybody from the party goes to several different houses and each stage of the game is revealed and played there. Each different house will also provide different courses of the meal: Drinks or cocktails, snacks, dinner, dessert, coffee or tea etc. Have a time frame and a leader to help move the party along so to not spend to much time at just one house. Each house can be decorated to fit a different stage in the investigation. The last house can be turned into the after party and everyone can talk about the evening and party the rest of the night!

Have a fun Murder Mystery Party!

Copyright © 2009-2021 All rights reserved. No reproduction of content or photos permitted whatsoever without permission by perfectpartyideas.com