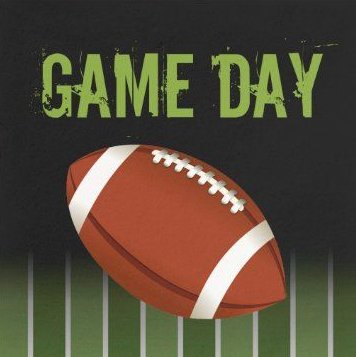 Blue! 42! Hut, Hut! Who are you cheering for? This is no tailgate, this is a Super Bowl party; one of the biggest games in all of sports, so your party should match. With these party ideas, mixed with your love of the game, you will sure to win the crowd. It is the food, drinks, games, sport, and friends that makes a Super Bowl party great.

Why go to all the work yourself preparing the food. Ask your friends and family to help with a Potluck. 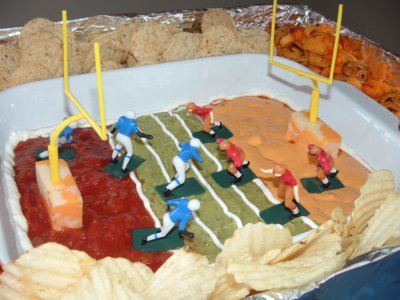 Why go to all the work yourself preparing the food. Ask your friends and family to help with a Potluck.

Q: Who was the MVP of the first-ever Super Bowl?
A: Bart Starr - Green Bay Packers

Q: Who was the first ever 3-time Super Bowl MVP?
A: Joe Montana

Q: Which quarterback has the record for most consecutive completions in a Super Bowl? How many?
A: Joe Montana - 13

Q: Which player holds the record for most rushing yards in a single Super Bowl?
A: Timmy Smith - Washington Redskins

Q: Which player has the most career fumbles in the Super Bowl?
A: Roger Staubach, Dallas Cowboys

Q: Which was the first Super Bowl in which the winning points came on the final play of the game? Which team scored?
A: Super Bowl XXXVI; New England Patriots

Disclaimer: We here at Perfect Party Ideas only promote fun, and safe party practices and don’t indorse excessive consumption of alcohol or illegal gambling. However, we do believe strongly in having fun. So go on and party Super Bowl style!